The site encompassing the MIT Endicott House traces its history back to the late 1800s, to Civil War hero Brigadier General Stephen Minot Weld. He was the direct descendant of a Puritan who came to the Massachusetts Bay Colony in 1632 seeking religious freedom. General Weld, an author, successful businessman and a civic-minded gentleman, was also an avid horticulturist. He later became president of the Massachusetts Horticultural Society. 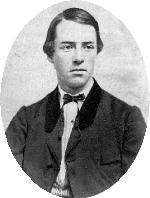 After the war, Weld established a successful cotton brokerage business, and married Eloise Rodman, of Milton, MA in 1869. He proceeded to buy up large tracts of land in town, amassing 1,000 acres to the Westwood line. He built an imposing mansion, which he named Rockweld, on 25 acres of a rocky hilltop on the property above the Charles River.

Weld had a vision for his new estate, a blending of natural landscape with more formal, planted areas. He created an irrigation system using a man-made pond and five natural ponds on the property, built greenhouses, and erected a water tower. One of the ponds still irrigates these gardens today. His most significant accomplishment was the creation of a formal rock garden, with an estimated 500 different species on spectacular display, including rhododendrons, azaleas, primrose, candytuft, auricula, imported alpines, Star of Bethlehem, spring wildflowers and Trout Lily. It was considered the first great rock garden in North America. The existence and use of rock throughout the estate is apparent everywhere, making the name Rockweld appropriate.

The estate was passed down to Weld’s heirs, then sold to Francis Saltonstall, who sold it in 1931 to a close Dedham friend, H. Wendell Endicott, a descendant of another prominent Massachusetts family, which operated the very successful Endicott Johnson Shoe Company. Endicott was more sophisticated and worldly than Weld, but they shared an appreciation for horticulture. A private investor, Endicott was a member of the Board of Trustees of Public Reservations, a member of the Massachusetts Horticultural Society, and a member of the Board of Directors of Chase National Bank, R.H. Macy & Co., the First National Bank of Boston and Sears Roebuck. His cultural interests included affiliations with the Metropolitan Opera Company and the Boston Opera Association. 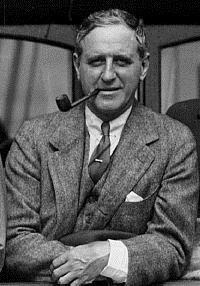 Wendell preserved the gardens, but razed the Weld mansion, replacing it with a French manor style mansion designed by prominent New York architect Charles Platt. The house took five years to construct. Workmen were brought in from Italy to paint the ceiling in the Living Room, and many of the fireplaces in the house are European antiques.

Wendell was also an avid outdoorsman and he traveled to many parts of the world on hunting and fishing expeditions. A portrait of Wendell, in sporting attire, along with his prized trophies and sporting equipment are on display in the Gun Room.

Many of the Endicott’s original furnishings including rare paintings, antiques, tapestries and oriental rugs still grace the halls and rooms of the mansion. Among the more interesting antiques are a pair of gothic choir stalls, on the ground floor, and the Flemish tapestry on the main staircase. 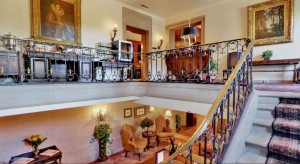 Wendell, his wife, Priscilla, and their three children, Bradford, Priscilla and Martha, lived in the mansion until Wendell’s death in 1954. Wendell specified in his will that the mansion and 25 acres, including the rock garden pond, be donated to an educational, scientific or religious organization; they were offered to the Massachusetts Institute of Technology in Cambridge, which in 1955 opened the Endicott House as a conference center.

MIT horticulturists, who grow all plants and flowers in Endicott’s greenhouse, maintain the site’s magnificent gardens.

In 1983, the modern Brooks Center was built to accommodate MIT’s expanding conference programs. The center was named after Edward Pennell Brooks, the founding dean of MIT’s Sloan School of Management and a close friend of Wendell Endicott. Although the Endicott House is owned by MIT, it operates as a self-sustained department, and is overseen by a Board of Governors drawn widely from the administration and various schools of the Institute. The Endicott House is available to the MIT community, and private organizations and corporations, for meetings, conferences and special events.

A Place For All Events

Download our brochure to learn more about Endicott House and all it can offer for your next special event! 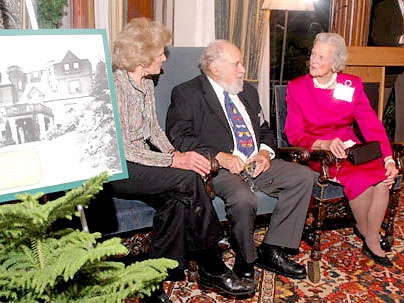 The original house, Rockweld, was built by the grandfather of Rose Weld Baldwin (far left), with Priscilla (far right) and Bradford Endicott (center), siblings whose father later built Endicott House on the site where Rockweld once stood.

Owned and operated by the
Massachusetts Institute of Technology